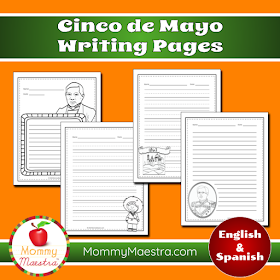 If you are a subscriber to my newsletter. be sure look for the one that just went out. It has these free writing pages for you to use!

If you haven't signed up yet, I hope you'll consider doing so. You can sign up at the bottom of my shop page, or just wait for the pop up when you click on this link.

Cinco de Mayo is just a week away! Are you ready? Are you looking for quick and easy materials to share with your kids or students? Don't forget that MommyMaestra has several excellent downloads available. Learn all about them here. 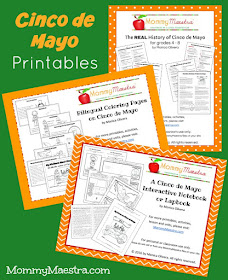 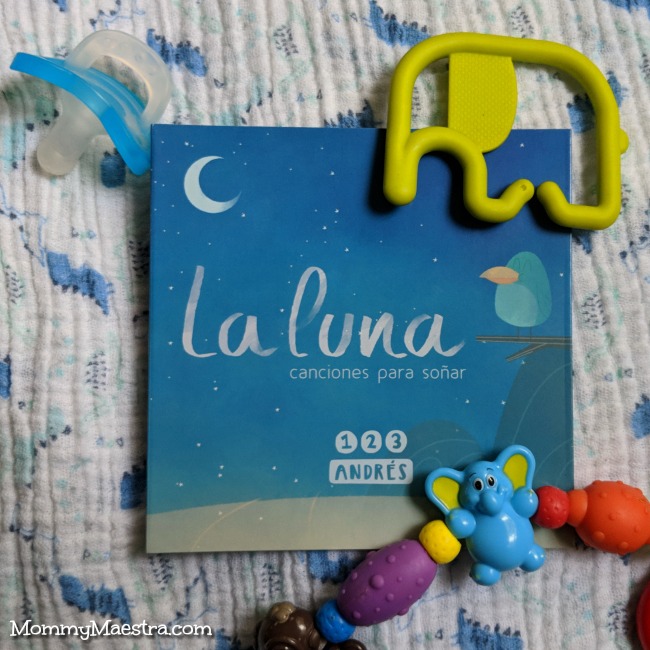 For my 123 Andrés fans and those with little ones at home, this post is for you!

One of our favorite bilingual artists has released a new album and this one is just perfect for putting your nenes to sleep.

La luna: canciones para soñar (aff link) from 123 Andrés is lovely collection of lullabies, mostly in Spanish. From the opening song, De 1 a 10, your children will be captivated by both the tune and the child singers. (I, of course, love it because even as you put your babies to sleep, you'll be teaching them how to count!) In fact, there are a number of U.S. and Latin American artists who have contributed to this album, including Latin Grammy nominees Mariana Baraj and Sophia.

ALL of the songs are soothing and great for calming down our hyper balls of energy. :) And Andrés does with such creativity! He's has incorporated Latin American rhythms into his songs, including loncomeo (a form of Patagonia Folk Music), candomble (Afro-Brazilian music), huayno (Andean music), and merengue (the genre from Venezuela), to name a few.

There are also original songs mixed with traditional tunes that you probably recognize, such as Un elefante. Take a look...

How sweet is that?

What I might love best about the album, though, is the fact that Andrés and Christina, his partner, took the time prior to creating the songs to poll their followers and find out what words they use to send their little ones to sleep with love. AND THEN they incorporated those messages throughout the album!

I love it. And I think you will, too.
Monica 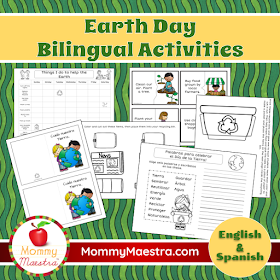 This Sunday, we'll be celebrating Earth Day. A wonderful reminder (especially with our current political climate) that we have a responsibility to take care of our planet so that it will take care of us!

And it is never too early to start teaching our kids responsible habits, such as recycling. So I've created and expanded this bilingual packet full of Earth-Day-themed activities.

The picture above is just a peek at the fun printables you'll find. This packet actually contains:

And, yes, they are ALL available in English and Spanish! It's geared for kids in PreK through 1st grade.

You can find it in my TpT store. 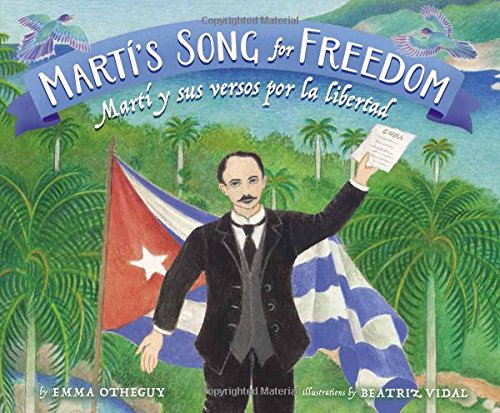 This is the most recently released picture book featuring a Latino poet, and it is a beautiful tribute to the Cuban poet and activist, José Martí. Beautifully written, it is the story of Martí's life, how and why he left Cuba and his subsequent fight for Cuba's independence. With gorgeous illustrations by Beatriz Vidal, the book also includes excerpts from Marti's most famous work, Versos sencillos.
Ages 7-12 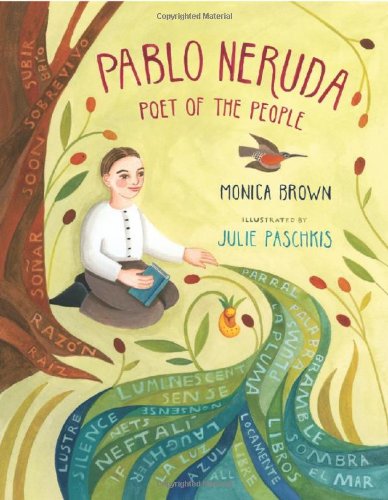 Pablo Neruda: Poet of the People
by Monica Brown

Another remarkable picture book whose illustrations are poetry in and of themselves, Pablo Neruda: Poet of the People is a tribute to the Chilean poet. He, too, was passionate about his country and served as a diplomat and a senator. But he was outspoken about its people and his criticism led to his becoming an activist and, eventually, a fugitive.
Ages 7-12 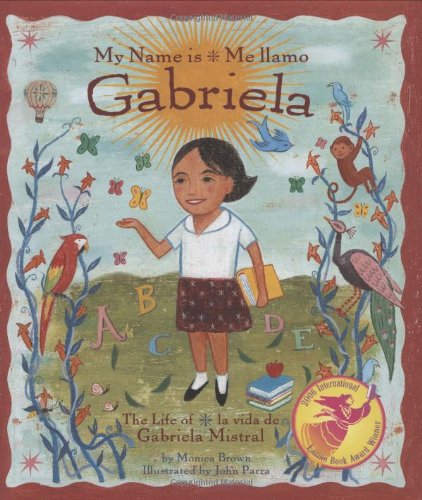 My Name Is Gabriela / Me llamo Gabriela

Another Chilean poet, Gabriela Mistral was a passionate supporter of children's education. In 1945, she became the first Latin American author to receive a Nobel Prize in Literature for her poetry. This book is the lovely story of her life and an inspiration to all who read it.
Ages 7-12 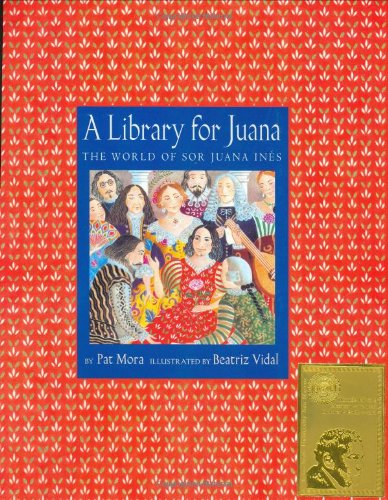 A Library for Juana: The World of Sor Juana Ines
by Pat Mora

Sor Juana Inés de la Cruz was a 17th-century nun, self-taught scholar, and poet.
Her poetry is recited by schoolchildren throughout Mexico and is studied at schools and universities around the world. Here is the story of her life, an incredible one full of knowledge, achievement, and inspiration.
Ages 7-12 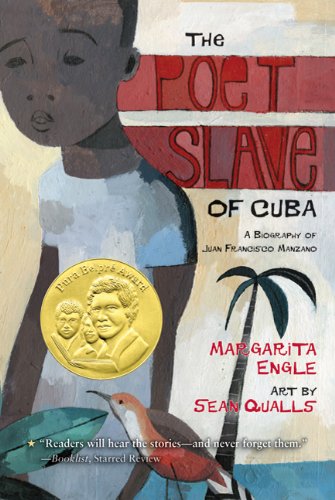 The Poet Slave of Cuba: A Biography of Juan Francisco Manzano
by Margarita Engle

For tweens and teens, this book is a close look at the life of Cuban poet, Juan Francisco Manzano. Born into the household of a wealthy slave owner in Cuba in 1797, Juan Francisco Manzano spent his early years by the side of a woman who made him call her Mama, even though he had a mama of his own. Denied an education, young Juan still showed an exceptional talent for poetry. His verses reflect the beauty of his world, but they also expose its hideous cruelty. Powerful, haunting poems and breathtaking illustrations create a portrait of a life in which even the pain of slavery could not extinguish the capacity for hope.
Ages 12-18 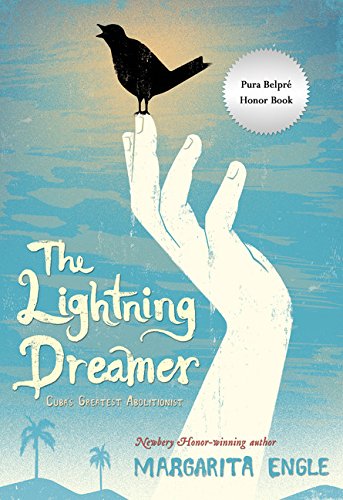 Opposing slavery in Cuba in the nineteenth century was dangerous. The most daring abolitionists were poets who veiled their work in metaphor. Of these, the boldest was Gertrudis Gómez de Avellaneda, nicknamed Tula. In passionate, accessible verses of her own, Engle evokes the voice of this book-loving feminist and abolitionist who bravely resisted an arranged marriage at the age of fourteen, and was ultimately courageous enough to fight against injustice. Historical notes, excerpts, and source notes round out this exceptional tribute.
Ages 12-15 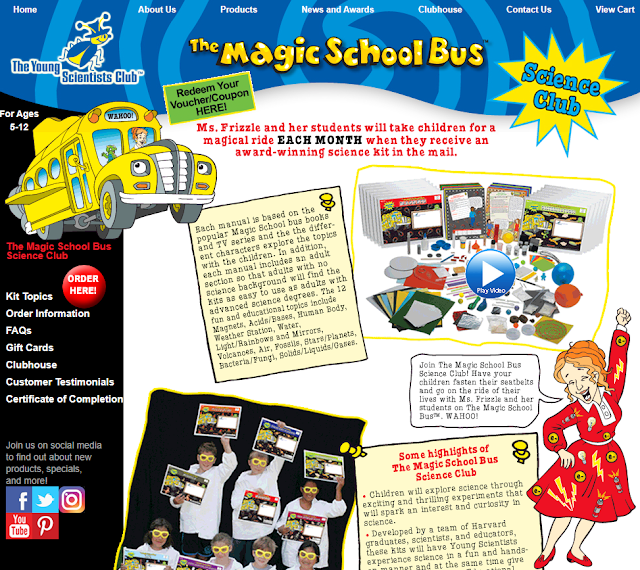 I've written before about how our science-loving family absolutely adores Ms. Frizzle and the Magic School Bus. Even when I was a kid, this series was one of my faves. And I was happy to share it with my two oldest children when they were just the right age to appreciate it.

The Magic School Bus Science Club is a 12-month science kit subscription based on the award-winning series, The Magic School Bus. If you haven't heard about the series before, each of the stories center on the antics of a frizzy-red haired fictional elementary school teacher, Ms. Frizzle, and her class, who board a “magic school bus” to take them on field trips to impossible locations, like the solar system, clouds, the past, and inside the human body. This story-based learning took the science scene by storm in the 90's.

The activities have been developed by a team of Harvard graduates, scientists, and educators. The award-winning Science Kits are delivered monthly right to your doorstep. Your kids will explore science through experiments that will spark their interest and curiosity. Each kit includes a colorful manual based on The Magic School Bus characters, as well as everything you need to complete at least SEVEN (7!) experiments related to that month’s theme.

The topics are engaging and cover a wide variety of subjects that should complement a classroom science curriculum.
So don't wait! Go and check them out for yourselves.
Monica If you've been following along with our monthly free downloads, then you know that we've been focusing on the Spanish vowels, thanks to MommyMaestra's sponsor, Spanish for You!. This month's printable is another easy mini-lesson focusing on the letter "I."

Once again, we have a 3-page mini-lesson to help Spanish learners use and pronounce the letter "I." The file comes with an introductory page that is to be used with the audio file to learn how to pronounce the letter I as it is used in words and sentences. There are also two worksheets for practicing pronunciation and writing. As I mentioned, there is also an audio file to help you learn proper pronunciation.

And if you are looking for books about the Spanish vowels, check out last month's post!

Remember! Spanish for You!'s program is geared for middle schoolers and is the perfect choice for homeschoolers and afterschoolers alike because their concepts are carefully divided up into manageable bundles that are available for immediate download from their website.

If this is your first time here, you can find other free samples from Spanish for You! here. There are some fantastic downloads of games and activities for you and your family to enjoy. If you enjoy this activity, be sure to visit the Spanish for You! website where you'll find tons of additional resources for you to help your young Spanish learner!
Monica

3 Books of Spanish Poetry for Children

Did you know that April is National Poetry Month? Over the years, I've shared a few poetry resources with you, such as 10 Latino Poets Your Children Should Know and 7 Books to Help Celebrate National Poetry Month. But I was thinking about how often I get emails asking for Spanish poems or places to find Spanish poems that children can memorize and recite in school. Here are the books that I recommend to everyone! 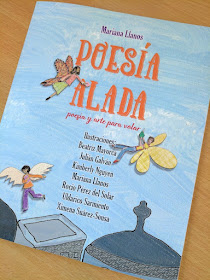 A beautifully written and illustrated collection of Spanish poetry for children. The poems are about topics to which children can relate - the seasons, the ocean, ice cream cones, reading, animals, clouds, and many others. And it features whimsical black-and-white illustrations by seven artists. A definite must-have for all school and family libraries.
Read more about this book and take a peek inside in my book review. 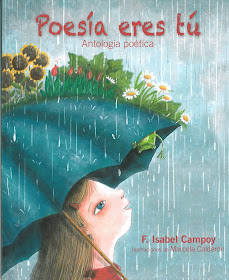 One of my favorite authors, F. Isabel Campoy has created a lovely book of poetry for young readers. There are 107 poems for you to choose from and they are all about topics that children love, such as family, animals, imagination, the world around us, and more. 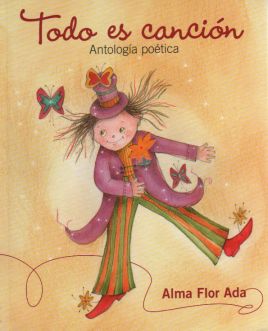 The other half of my favorite writing duo for children, Alma Flor Ada has put together a huge collection of poems for children to enjoy. Teachers will love how this is organized by curriculum themes such as the parts of the body, numbers, vowels, food, nature, etc. This anthology is perfect for students and teachers looking for short, medium, or long poems to memorize and recite.